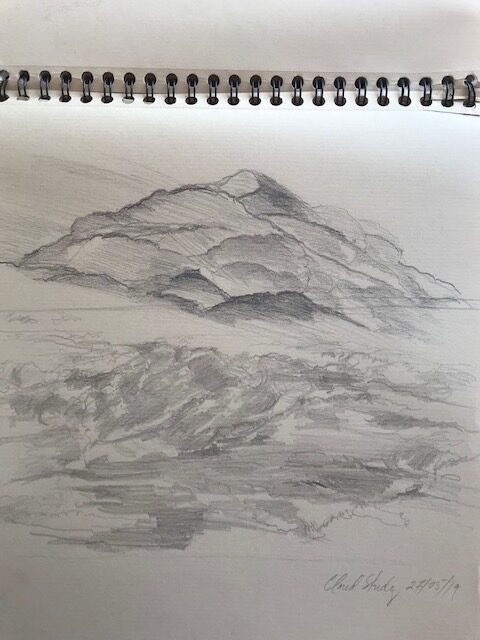 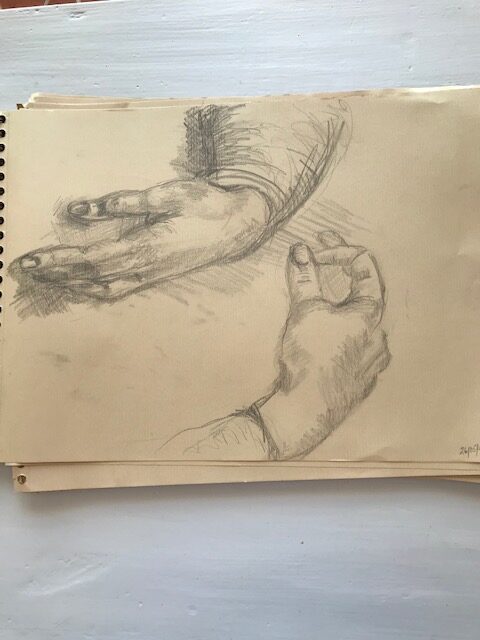 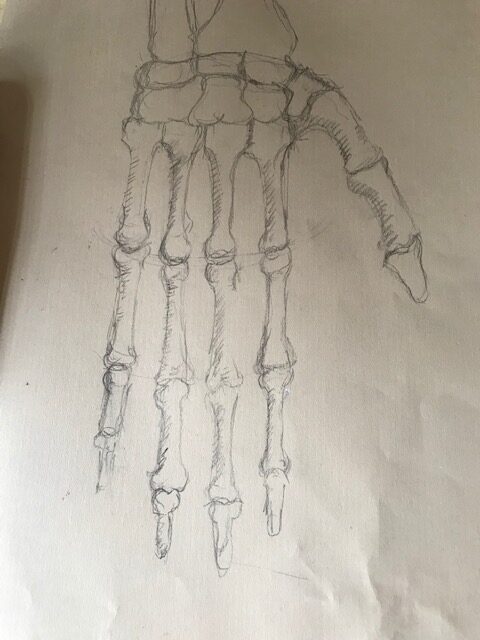 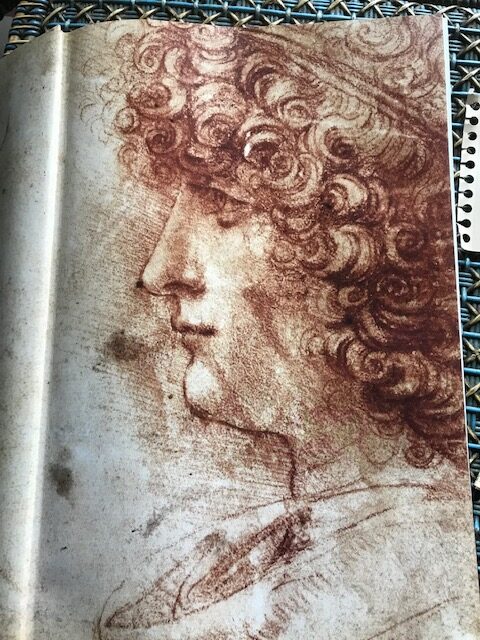 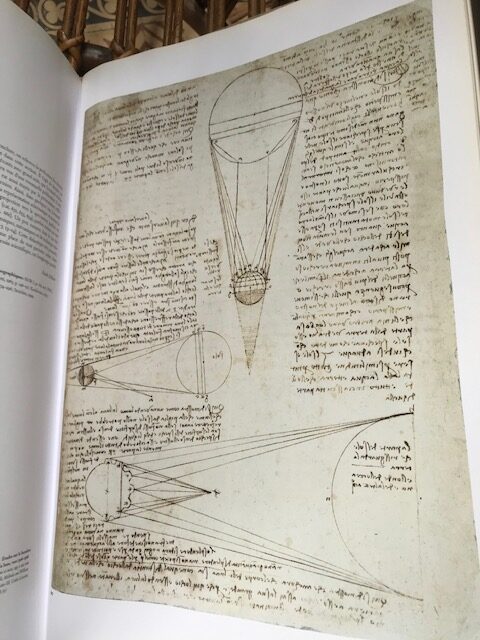 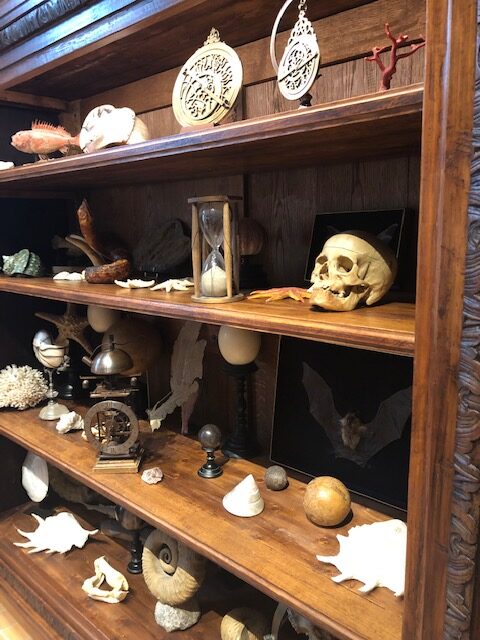 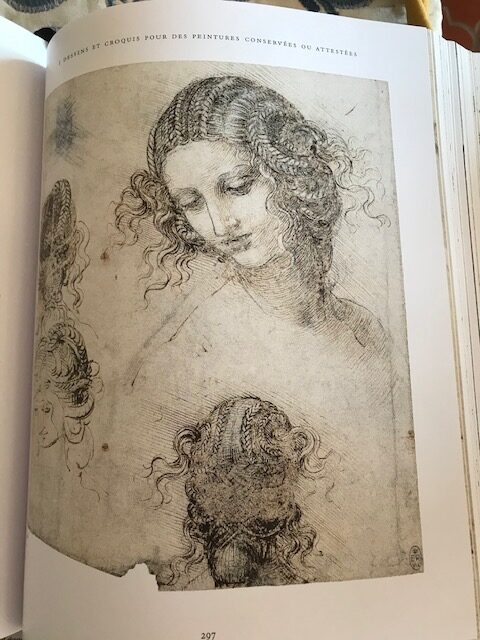 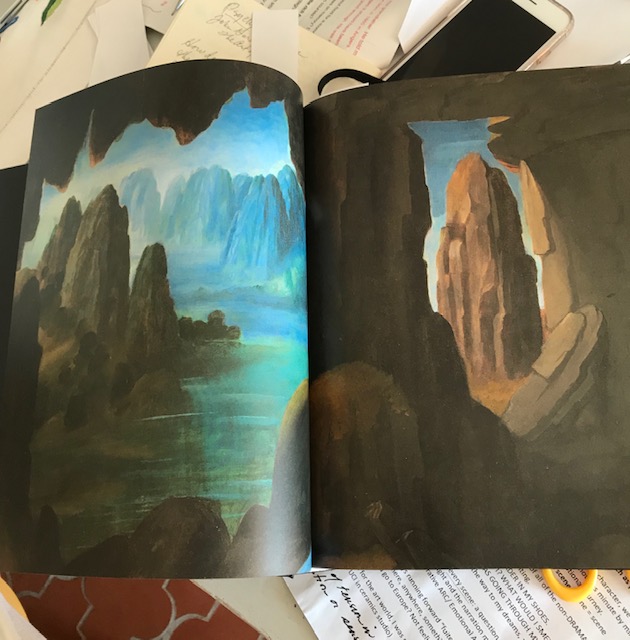 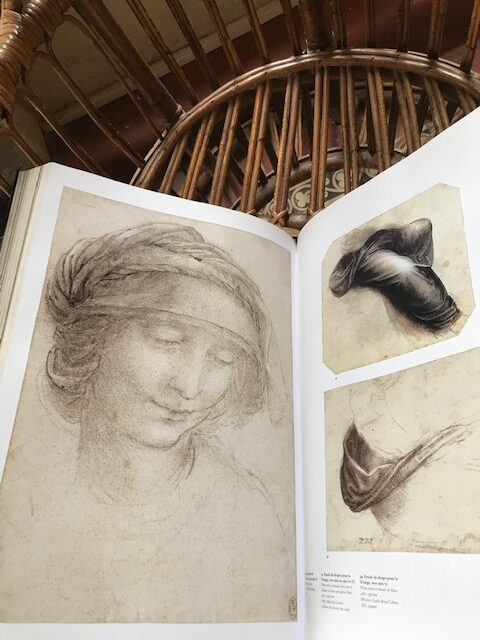 Dear Friends,
I think it is worthwhile to talk about one of the artists who has influenced many people in the western world, Leonardo da Vinci. Major museums are celebrating 500 years since his death. There is a notable exhibit in London: A Life in Drawing currently at The Queens Gallery, Buckingham Palace. I have been doing some copies of his drawings while musing on him and his influence on me that started with one of his studies framed in our dining room growing up.

What becomes apparent to me is Leonardo is most famously known as a painter, yet there are only 15 paintings attributed to him, and some of those are not solely by him.  Leonardo was a polymath, the quintessential Renaissance Man. His work spans far-reaching interests: anatomy, engineering, inventions in aviation, mathematics, war machines, botany, equine art, cloud formations, architecture, city planning and astronomy.

The main thread in his life work was intellectual curiosity. He was interested in everything and never stopped discovering and exploring new ideas.  He had the gift of looking at things from a different view, thinking about new theories and visualizing them through drawing. He takes form and image from one area of study and applies it to others (see for example his study for Leda and the Swan: her coiffure is botanically inspired). Notably, he writes backwards; it takes a mirror to read his notes.

Today  we talk about “influencers,” the social media stars who use their notoriety to become famous in the virtual world. They usually enjoy an ephemeral existence  — often a one-dimensional area of focus — powered by advertising, word of mouth and the instant nature of the Internet. As our world condenses with the speed of information, so does time memoriam.  Will the Internet Influencers be remembered 500 years from now? Or 500 days from now, or even 500 minutes from now? Will people still look to them for inspiration while searching ideals, inventions and solutions?

I recently visited again Clos Lucé, Leonardo’s home at Amboise in the Loire Valley where he passed away on 2 May 1519, and marveled anew at the breadth of his intellectual scope. It is right that our fascination with Leonardo da Vinci continues and is celebrated this year as he ignites our own curiosity about the world.

Until September,
In art,
Gianne