Beginning in September 2012, I was an invited artist in residence for 3 months at the Domaine du Rayol, on the southern French coastline between Le Lavandou and St Tropez. This 50 acre privately owned garden is open to the public all year round, and features gardens that represent the Mediterranean biotopes throughout the world. Plants are planted in a natural, non labelled, "rustic" manner. Chilie, Baja, Mexico, California, Canary Islands, Australia, south east Asia and South Africa Cape are represented by indigenous plants that have adapted to the French mediterranean climate.
The large format paintings were done on site, in front of the subject, "plein air", and were hung in the gallery of the Villa de la Mer as they were completed. The exhibition lasts for 5 months, from October 25, 2012 to March 25, 2013. 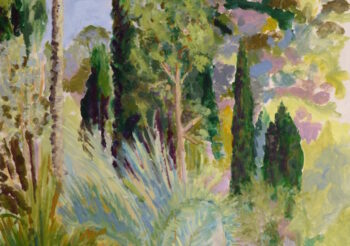 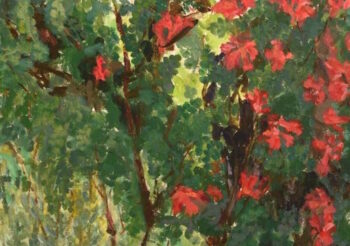 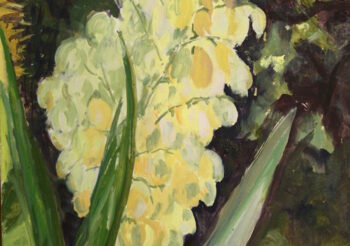 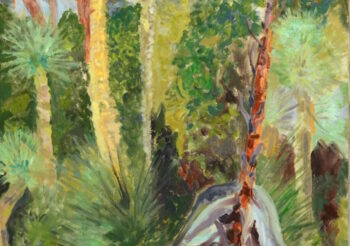 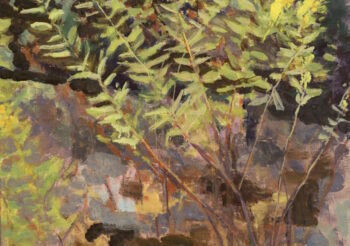 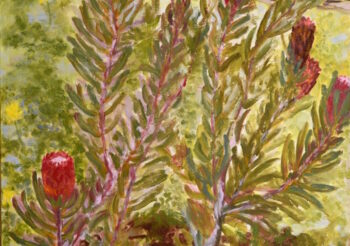 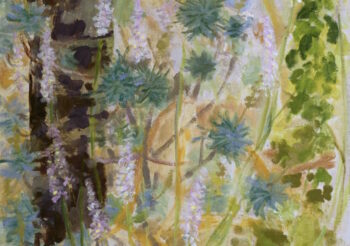 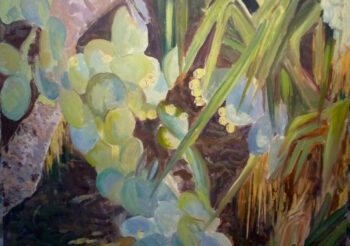